Open/Close Navigation
You are here: Home » Blog » The evolution of website designs throughout the years

Whenever people think about website designs, they tend to imagine a modern and futuristic, yet simple and elegant website design that is capable of incorporating all the information and the details that a website’s visitor might be looking for.

These designs are illustrated with fragments of the creator’s imagination, turning website designs into a modern form of art, where the webpage is the canvas and the design is only limited by the imagination.

But let’s see where it all began, all the way back to 1989, where the first websites used to look something like this:

Basically, it was black with monochrome text – not really a design per se.

The birth of browsers that could display images was the first step into website designs as we know it today. The closest option available to structure information was the basic concept of arranging tables in HTML. As such, the technique of putting tables within tables was the first actual web design. Figuring out clever ways to mix static cells with fluid cells was one of the few options available back then.

While HTML was constantly growing, it was still very limited. This is where JavaScript enters the scene in 1995. It was the answer to the limitations of HTML. Need a popup window to dynamically modify the order of your content? No problem. However, the biggest issue with JavaScript was the fact that it had to be side-loaded, it was basically layered on top of HTML, and this would often lead to issues. 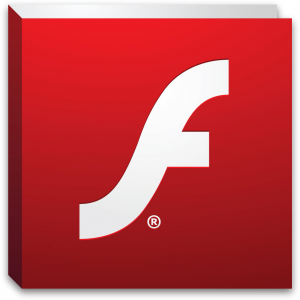 The era of website design freedom started one year later, in 1996, with the introduction of Flash. The designer could create any shapes, layouts, animations, interactions, or use any font, all by using a single tool – Flash. The end-result is packed as one file and then sent to the browser to be displayed. That is, as long as a user had the latest flash plugin and some free time to wait until it loaded. It was pretty magical, and this is why we refer to this era as the golden era for splash pages, intro animations and all kinds of interactive effects. Unfortunately, Flash wasn’t too open or search-friendly and it consumed A LOT of processing power.

However, around the same time as the introduction of Flash, a new and widely-considered better option was born – CSS, or Cascading Style Sheets. The basic concept of CSS was to separate content from the presentation, in other words, the look and formatting were defined in CSS, while the content itself was defined in HTML. Even though CSS was a huge success, browsers were very slow to adopt/support it, and it took years for the adoption rate to match the pace of CSS growth.

Shortly, HTML, CSS and Flash became the norm, but in 2007 when the first smartphones started appearing on the market, things changed. Given the fact that Apple refused to support Flash on its first iPhone (and every iPhone after), Flash started to decay, up until 2015 when Adobe announced that Flash will be discontinued.

Nonetheless, with the new smartphone era sprouting, more and more people started owning smartphones, but browsing the web was a whole challenge in itself. Website designs weren’t mobile responsive, not even mobile friendly. Websites were very slow to load on mobile devices, and even when after they were fully loaded, they would look bad. They wouldn’t take advantage of the smartphone’s display, and a miniature desktop webpage would be shown instead – a bad user experience.

With the introduction of responsive website designs in 2010, things started changing. Content was aligned in grids and scaled down to look good on all types of smartphones and mobile devices. This lead to a huge adoption of mobile devices and tablets, and as long as the developer spent some extra time making the website mobile responsive, the experience for the end user was great. Scrolling through a webpage that was mobile responsive with a tablet felt like magic. Your fingertips were basically touching the content, making the design and the experience more immersive than ever before.

However, in 2014-2015, innovation started to slow down. Website designs started to look more modern and minimalist, illustrated with large pictures and banners that would catch the reader’s eye.

This is the future, this is what clients are looking for – modernism and minimalism, and we at JustTemplateIT have been through all of these changes, throughout the years. We know what it takes to satisfy the customer’s needs and how to create website designs that can push your business forward.

So what do you think, what will be the future of website designs? How will they look in 10 years from now?